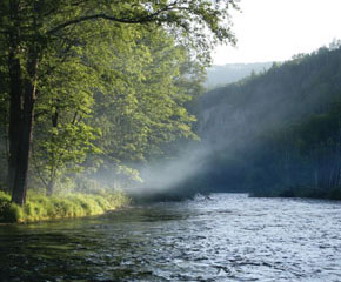 The Wild Salmon Center based in Portland, the USA, and Sakhalin Energy Investment Company Ltd. have signed an agreement for joint financing of a three-year program on preserving the wild salmon on Sakhalin Island. The programs budget amounts to US $8.8 million, Sakhalin Energy press center told Vostok Media.

The work aimed at wild salmon conservation will be carried out in the framework of the Sakhalin Salmon Initiative that has been launched in the course of the international conference held in 2006.

The Sakhalin Salmon Initiative (SSI) strategy brings together businesses, local communities, and nongovernmental organizations in an ambitious public-private partnership to promote conservation and sustainable use of wild salmon and their ecosystems, build institutional capacity for conservation, and promote sustainable economic development on Sakhalin.

SSI is rooted in an established partnership with the Sakhalin Regional Administration, the Sakhalin Wild Nature Fund, and the Wild Salmon Center. Sakhalin Energy Investment Company (SEIC) is a founding sponsor of SSI, which is also supported by several foundations and individuals.

The Wild Salmon Center's partnership work in the Russian Far East is producing results, most recently in securing preliminary approval for protection of the Koppi River and the Shantar Islands, which both contain important wild salmon habitat, according to the company.

More specifically, portions of the Koppi River in the Russian Far East recently received preliminary approval for designation as a Salmon Protected Area.

The Centre's Russian partner, the Khabarovsk Wildlife Foundation, is a conservation organization which receives funding from the Wild Salmon Center and works closely with its staff to prioritize and protect wild salmon rivers in the Khabarovsk region of Russia.

The Khabarovsk Wildlife Foundation is a member of the Khabarovsk Working Group on Biodiversity and Sustainable Development, which is made up of relevant regional and federal agencies, research institutions and nonprofit organizations. The working group is charged with recommending and coordinating salmon protected areas in the Khabarovsk region.

Approval by the working group is an essential step in the process of establishing national parks and salmon protected areas. The group's approval of such sites paves the way for formal support by the region's governor.