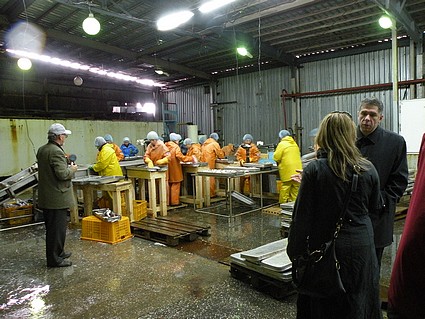 Sakhalin-based once giant fishing-co-op Imeni Kirova celebrating its 50th anniversary this year is now back to life after a period of financial troubles with the recovery plan developed by the co-op's current owner ZAO Gidrostroy (closed JSC), reports www.fishnet-russia.com (www.fishnet.ru) with reference to IA SAKH.COM.

The total investments into the recovery project have already exceeded 200 million RUR, of which 110 million RUR were paid to offset the debts. 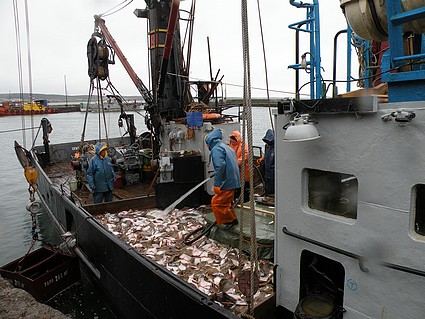 The investments into the refurbishment of the production capacities have so far totaled ca.120 million RUR. In July 2009 Gidrostroy is planning to commission a totally refurbished fish processing facility built from the skeleton of the old factory. The new plant will be capable of processing 200 tonnes of fish per day. The factory will start producing frozen headed pink salmon from the new harvest followed by other fish species after the end of the salmon season.

Along with the above, Gidrostroy is planning to shift a part of production capacities from Korsakov to the village of Ozersky, the plans much welcomed by the villagers still vitally depending on the co-op.

In order to solve the co-op's main problem lying in seasonality of salmon catches Gidrostroy will set up production capacities for reprocessing frozen seafood into final products for sale in the retail network. One of the potential raw materials for the factory is laminaria regarded to be of the highest quality in Sakhalin. (Actually, Gidrostroy has got the experience of diversification in processing different fish species. With its factory in Kurilsk they also started with pink salmon processing during the season and now the factory works from April through to December.)

The new production lines will be placed in the old facility which will soon go through refurbishment.

Now the revived company employs a workforce of more than 100 inhabitants of Ozersky. 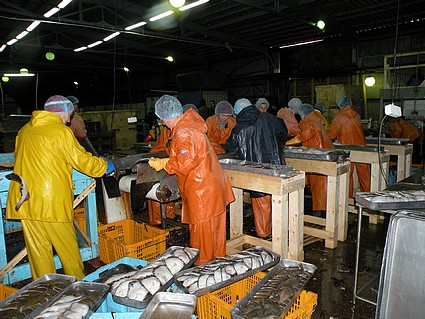 The co-op has been having hard times since 1997 when it went into receivership. In November 2007 it was declared bankrupt and was threatened by liquidation. Approximately one year ago Gidrostroy stepped up with its recovery program covering payment of the co-op's debts and resumption of seafood production. The program was supported both by the local authorities and residents and some two months later Gidrostroy paid off the debts and in January 2009 it started refurbishment of the production capacities. Besides, the co-op changed its legal status and now it is a limited company (OOO) owned by Gidrostroy.

The new owner inherited a port bucket, half-destroyed workshops, several old small boats and as the most valuable acquisition the fishing quotas of the former co-op.