In 2007 Norway continued strengthening its position on the Russian market of imported herring against declining shares of other producers. The above development could be explained mostly by the product prices. More specifically, Norwegian herring fetched the lowest prices as compared to the prices of its main competitors - herring made in Iceland, the UK and Faroe Islands. The cheapness of the Norwegian herring could be explained by increased herring quotas in Norway resulting into growing landings. More specifically, according to provisional figures as per late December 2007, the total herring harvest in Norway exceeded 821,000 tonnes, 240,000 tonnes up on 2006, with the average prices coming down by NOK0.80 to NOK2.52 per kilo.

The herring products originating from Norway were shipped to Russia mostly directly from Norway and there were also small shipments from Lithuania.

The share of the UK on the Russian market of imported herring also decreased. For comparison, in 2004 the UK held 6% of the Russian herring import and in 2007 the share of the country fell to 2%. The volume of the Russian purchases of the UK herring decreased to 5056 tonnes, 35% down on 7758 tonnes in 2006. The decline could be attributed to a 9% price rise to 1 USD per kilo, 14% up on the price of the Norwegian product.

All the shipments of UK herring were delivered to Russia directly from the UK.

From Iceland the Russian traders purchased both w/r herring and flaps. Russia's import of w/r herring in 2007 amounted to 913 tonnes, more than 6 times down on 5699 tonnes in 2006. The volume of Icelandic shipments of butterfly herring fillets also decreased from 6499 tonnes in 2006 to 3587 tonnes in 2007, by 45% namely. The products were shipped to Russia mostly directly from Iceland and via Lithuania.

All shipments from the Faroe Islands were carried out directly from the producing country. 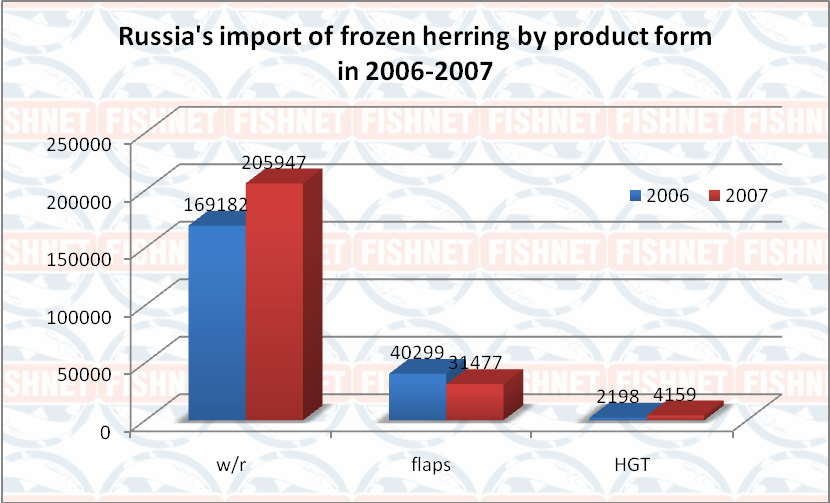 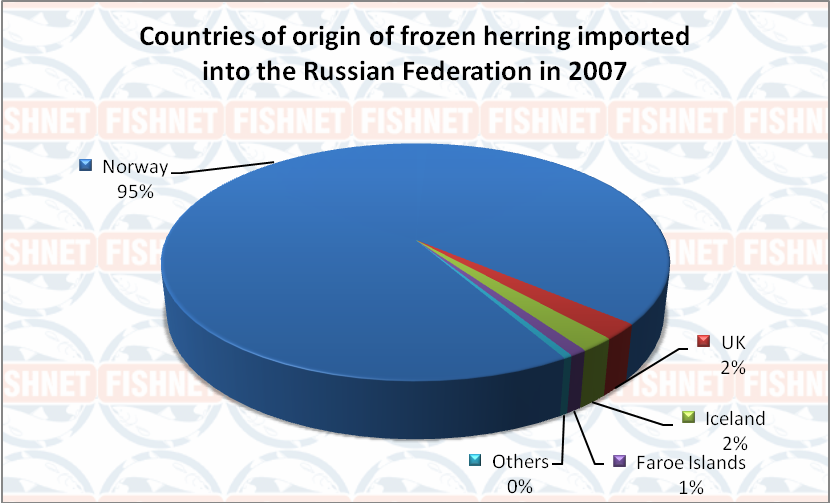 The volume of Russia's import of frozen Baltic herring in 2007 amounted to 4925 tonnes at the total value of 2.6 million USD, nearly 9% down in volume and 5% down in value as compared to 5359 tonnes and 2.7 million USD in 2006. The largest producers of Baltic herring for Russia remained Finland, Sweden and Estonia. All shipments of products originating from those countries were carried out directly from them.

In 2007 Estonian shipments of frozen Baltic herring to Russia went up to 306 tonnes, more than 13 times larger than 23 tonnes in 2006. The share of Estonia in Russia's import of Baltic herring amounted to 6%. 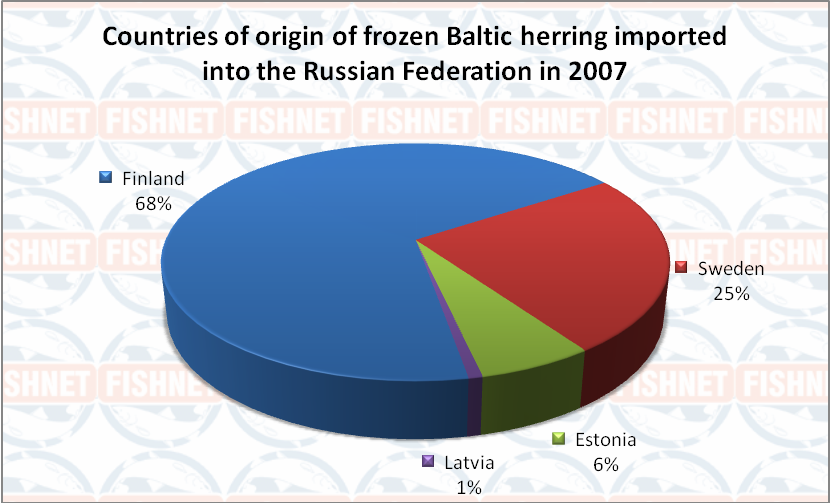