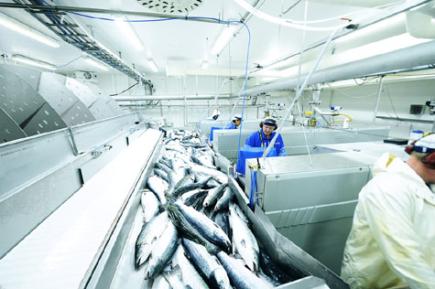 According to figures from the Norwegian Seafood Export Council, this is the highest export value ever recorded for Norwegian Salmon in February. Compared to the same month last year, the growth in value is 46% or NOK 636 million, reports http://www.megafishnet.com/ with reference to NSEC.

"The strength of Norwegian Salmon exports is due to a combination of increased demand and reduced competition in the world market for salmon," explains market analyst Paul Aandahl from the Norwegian Seafood Export Council.

Volume and prices both showing growth

The total volume of Norwegian Salmon exports in February was up by 25% to 56,085 tonnes. At the same time, the price of fresh whole Norwegian Salmon increased by 19% to NOK 33.67 per kg, an increase of NOK 4.49 on the previous month.