A new processing plant has been launched by the Favorit-Product Company in 2009 in the Russian city of Smolensk not far from Moscow to target Russian and European markets of high quality fish fillets to be followed with ready meals when the construction of the second phase of the operation is completed, reports http://www.fishnet-russia.com/. 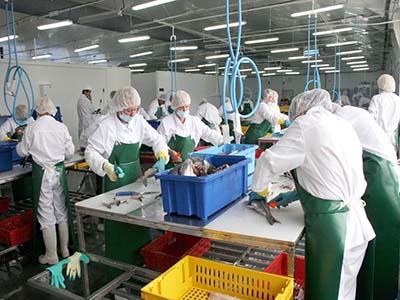 The Director of the company Mr. Yuri Somov started the establishment after a career as a senior salesman in Russia's biggest pollock combine Nakhodka BAMR plc and an experience of operating his own fish trading business. Mr. Somov tells FISHNET the plant has been built from scratch and is completely furnished with modern equipment.

While building the plant on the territory of 2 hectares they had to install their own power substation, sewage system and water treatment system.

Thanks to mutual efforts of the top management and personnel of the company, the construction of the plant has been finished and the plant has been launched within a year's time and all the necessary certificates and approvals have been duly collected. 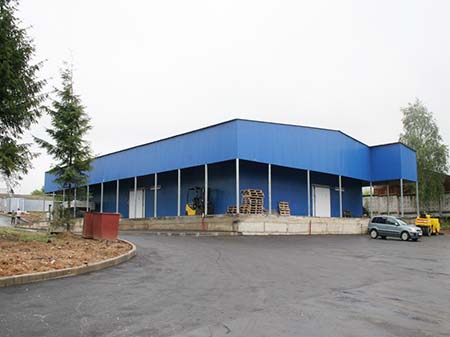 The company Favorit- Product was registered in 2006 in Smolensk. The construction of the production facilities began in the city the same year. The plant's area amounts to two hectares.

The reporters of http://www.fishnet-russia.com/, who have been invited to visit the new plant, note that entering the premises you pay attention to the ideal cleanliness and order here.

At the entrance the visitors are dressed up in overalls and shoe covers, the personnel has got a special uniform including high boots, overalls, aprons, gloves and other elements.

Further on, you pass by properly maintained male and female changing rooms, shower and lavatory rooms and a dining room.

You can come to clean production facilities only through the disinfection room where they wash hands and clean and disinfect shoes.

Production area is divided into several workshops. The main one is filleting room. Besides, there are the defrosting workshop, mincing room, freezing chambers and production engineers' room.

In defrosting room raw material is put in special reservoirs where it is thawed. After defrosting the headed, gutted, tailed fish goes to filleting workshop.

Around 70 workers process fish into fillets. So far each worker makes 400 - 500 kg of finished products per shift.

After processing the fillets are checked by light, weighted and put into freezing chamber. The information about the finished product immediately comes to the computers of production engineers who control the whole process.

While the domestic operation is gathering momentum, management of the Favorit-Product Company is working on getting the establishment approved for exportation to the European Union. 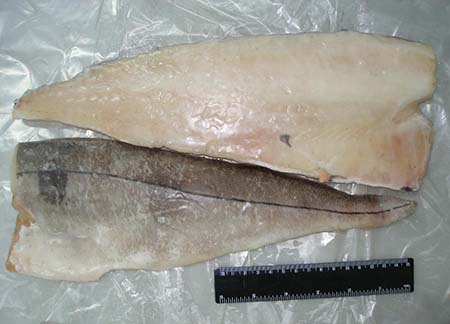 Much money  was also spent to keep good climate indoors. The plant is equipped with customized system of cleaning and air conditioning, which automatically keep the necessary temperature and humidity inside the workshops. 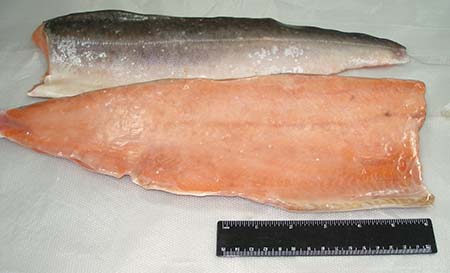 The IQF skin-on fillets are produced with glazing of around 4% in compliance with Russia's GOST State Standard. As soon as the plant is EU-certified, it will produce fish fillets for export.

Apart from this, the plant of Favorit-Product Company processes fish mince in blocks, while the waste materials go for freezing to produce feed for fur animals.

Beside that the building of the second facility with an area of 1000 square meters has been started. The second production unit is to be put into operation in spring 2010.

At present, the company produces under its own label but they are ready to consider the offers of the Russian leading distributors to make fillets under their trademarks.

In conclusion, director of Favorit-Product Company Mr. Somov emphasized that from the very start the plant is aimed to process only high quality products to meet the demand of those consumers who got tired of fish products with high water content, phosphates and other chemicals.