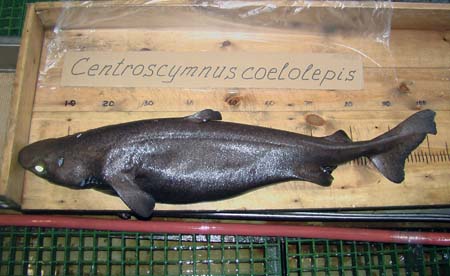 During their trips in the deepwater zone of the North Atlantic in 2004-2007 research trawlers and longliners owned by Murmansk-based scientific and production company ZAO NPP Vega (closed JSC) discovered fishable concentrations of traditional and non-traditions species, one of the company's leaders Doctor of Biology Boris Zhivov told www.fishnet-russia.com (www.fishnet.ru).

The most important results were received by the company's longliner M-0186 Gemma. In May-September 2007 the vessel studied the depths of 700-1900 meters with its longline gear and for first time discovered fishable concentrations of requiem sharks with a bycatch of up to 10-15% of cusk, morid cod, blue ling and other species. The vessel would report catches of up to 30 tonnes per day with the average efficiency amounting to 9.2 tonnes per vessel. The catches were dominated by leafscale gulper shark Centrophorus sguamosus and Portuguese shark (dogfish) Centroscymnus coelolepis catches of which exceeded 400 tonnes. The company's fishermen processed sharks into frozen skinned fillets known to be very tasty when cooked and shark liver. The other parts of sharks such as heads, skins and fins were not processed by the company's fishermen. In the meantime, fins and skins of some shark species are highly appreciated on the markets of the Asian Pacific countries and the segment may also be an extra stimulus for raising efficiency of shark fishery, analysts of https://www.fishnet.ru/ say. 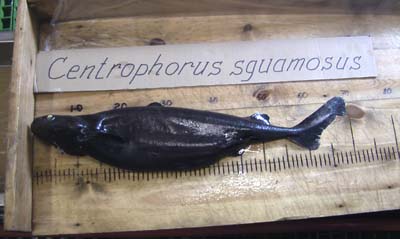 According to Doctor Zhivov, other fish species harvested on the discovered grounds were frozen in H&G form.

In 2008 Vega is planning to develop its successful operations and towards that end it is going to send two of its vessels to the grounds. One of them will be Gemma and the second vessel will be the refurbished Tezey ship.

Range of catches of non-regulated fish species by Vega's vessels in the North Atlantic, metric tons