In 2018 salmon roe exports from Primorye Territory (Capital Vladivostok) have sharply increased as compared to the same period last year, according to the regional office of Rosselkhoznadzor (Federal Service for Veterinary and Phytosanitary Surveillance).

As per 13 November, the region exported 4244.9 metric tons of salmon roe and caviar versus 2951 MT in 2017. The figure included frozen sack roe as well as salted salmon caviar.

According to the region’s veterinary authorities, the export shipments were dominated by frozen sack roes of pink salmon. Key importing countries were South Korea (3192.5 metric tons), Japan (1007 metric tons) and China (44.7 tonnes). At the same time, the largest rise of exports in 2018 was observed for the South Korea. In 2017 the country purchased 1847 metric tons of salmon roe from Russia.

All the export batches were accompanied by the necessary veterinary papers signed by officials from Rosselkhoznadzor. Tests of samples showed no violations of the Technical Regulation “On safety of fish and fish products”. 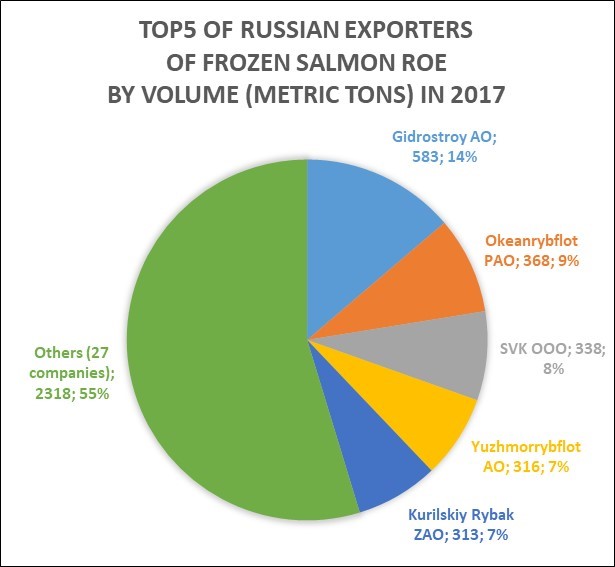 Source: the graph was compiled by FISHNET from provisional customs data for 2017 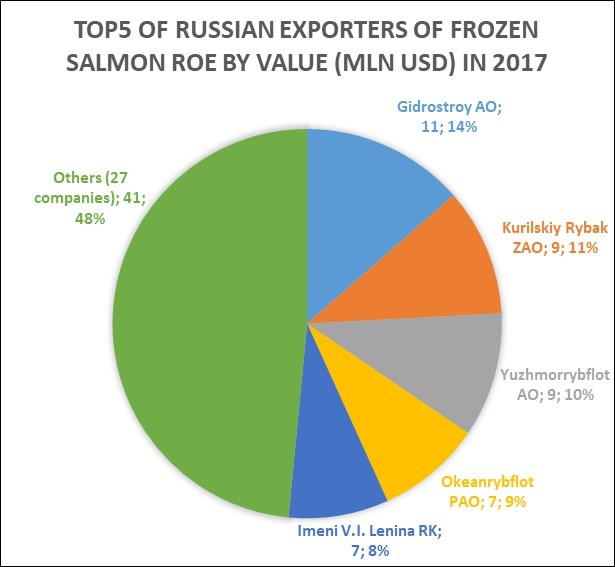 Source: the graph was compiled by FISHNET from customs data for 2017