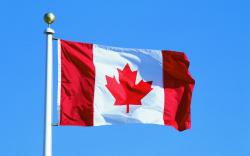 The talks were held via video conference and were devoted to issues related to safe export of fish, fish and seafood products from Canada to Russia. The parties expressed readiness to prepare and initial veterinary certificate for fish coming to Canadian cold storages for temporary storage in the shortest possible time.

The CFIA representatives assured the Rosselkhoznadzor of their intention to enhance laboratory control of products meant for export to Russia by increasing sampling frequency. As noted by the Russian experts safety should be achieved on the principle of comprehensive control of fish and seafood capture, rendering and storage as well as their transportation to the CU border. It was noted that the dates of the inspection of fish rendering establishments will be specified after the CFIA makes official request and the dates are agreed upon with Veterinary Services of Belarus and Kazakhstan, Russian CU partners.