In 2008 Brig Star Group of Companies with head office in Moscow plans to open a processing complex in Rostov region of Russia (in the Russian South). More specifically, the new facility is to process large volumes of freshwater fish species for export to Europe and other markets, the Group's General Director Irina Arkhipova told National Bank Journal.

The regional Government says that the planned capacity of the factory will amount to 25,000 tonnes of canned and marinated fish per year. This news has come in the year of 10 year anniversary of Brig Star's successful development. 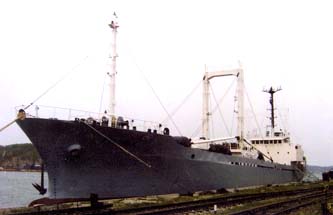 According to Ms. Irina Arkhipova, there are two more novelties in Brig Star development. First, they have opened a SUBcompany in the city of Vladivostok and second, they have bought an transshipping vessel "Rustika" with displacement of 2930 tonnes. The vessel is sailing under Russian Flag and is listed in the port of Nakhodka.

At present, Brig Star Group of Companies is quite a big operation which doubles turnovers annually, Arkhipova explained. Now the Group has developed a good working relationship with such leading banks as Russian Sberbank and VTB (Foreighn Trade Bank) and so Brig Star can take greater credits at lower interest rate (12% - 14% per annum).

In other banks like PNB Pariba Vostok the company gets credit against concluded contract as opposed to the practice of borrowing against the goods as collateral and Norwegian insurance company Giek insures the company's deals.