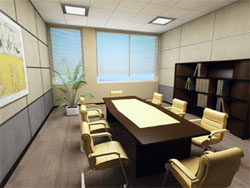 In the course of the working visit to Madrid Sergey Dankvert met Isabel García-Tejerina, General Secretary of the Spanish Ministry of Agricultural, Food and Environment and Paola Testori Coggi, General Director of the EU DG for Health and Consumers.

During the meeting with Isabel García-Tejerina Sergey Dankvert informed that the Rosselkhoznadzor would lift the restrictions previously imposed against 9 Spanish dairy plants from March 18. It was also agreed to carry out an inspection of Spanish fish processing plants in the end of March, current year and based on the results of this inspection a decision related to export of products from fish vessels catching and processing fish outside Spanish coastal waters will be made. It is planned to analyze the control program of meat processing plants interested in export of beef to Russia aimed at the removal of current restrictions.

Speaking about export of pork to the territory of the Customs Union Sergey Dankvert noted that this issue is closely related to ASF outbreaks in the EU territory, in Lithuania and Poland. Measures taken by the Spanish Veterinary Service to assure safety of pork products enable to consider the possibility of export of Spanish pork products to Russia. However it is necessary to find the solution of the problem on the EU level first of all associated with the fact that  point 4.3 of the veterinary certificate for pork products states that pork products may exported only from the EU territory which has been free from ASF during last three years (excluding Sardinia). In 2012 the European Commission had a choice whether to revise and agree new veterinary certificates or to extend current certificates signed in 2006. The European Union chose an easy way and extended old veterinary certificates for pork products notwithstanding the fact that the Rosselkhoznadzor repeatedly warned the European Commission that the dynamics of ASF spread makes its introduction into the EU territory inevitable. Sergey Dankvert also reminded that restrictions on export of pork products had been imposed by Russia only in relation to Lithuania and Poland. But in fact all other EU member-countries cannot export their pork products too due to the fact that they cannot comply with the requirements indicated in the certificate. The current certificate also does not envisage the regionalization. This problem was discussed by Sergey Dankvert and Paola Testori Coggi and it was noted that this issue can be resolved only by negotiations between the European Commission and Customs Union Commission because veterinary certificates are valid for the deliveries to the whole territory of the Customs Union. The refusal of the European Commission to hold such negotiations and its intention to address to the WTO SPS Committee are non-constructive and cannot facilitate the rapid resolution of the problem.