This year’s Associated Icelandic Ports environmental award, Fjörusteinnn (the Shore Rock) has today been awarded to HB Grandi. In his speech, the chairman of the Associated Icelandic Ports board, Hjálmar Sveinsson, said that the award is richly deserved, commenting that the company has been active in rejuvenating the Nordurgardur area of the city’s Grandi district, including by demolishing old and obsolete buildings. 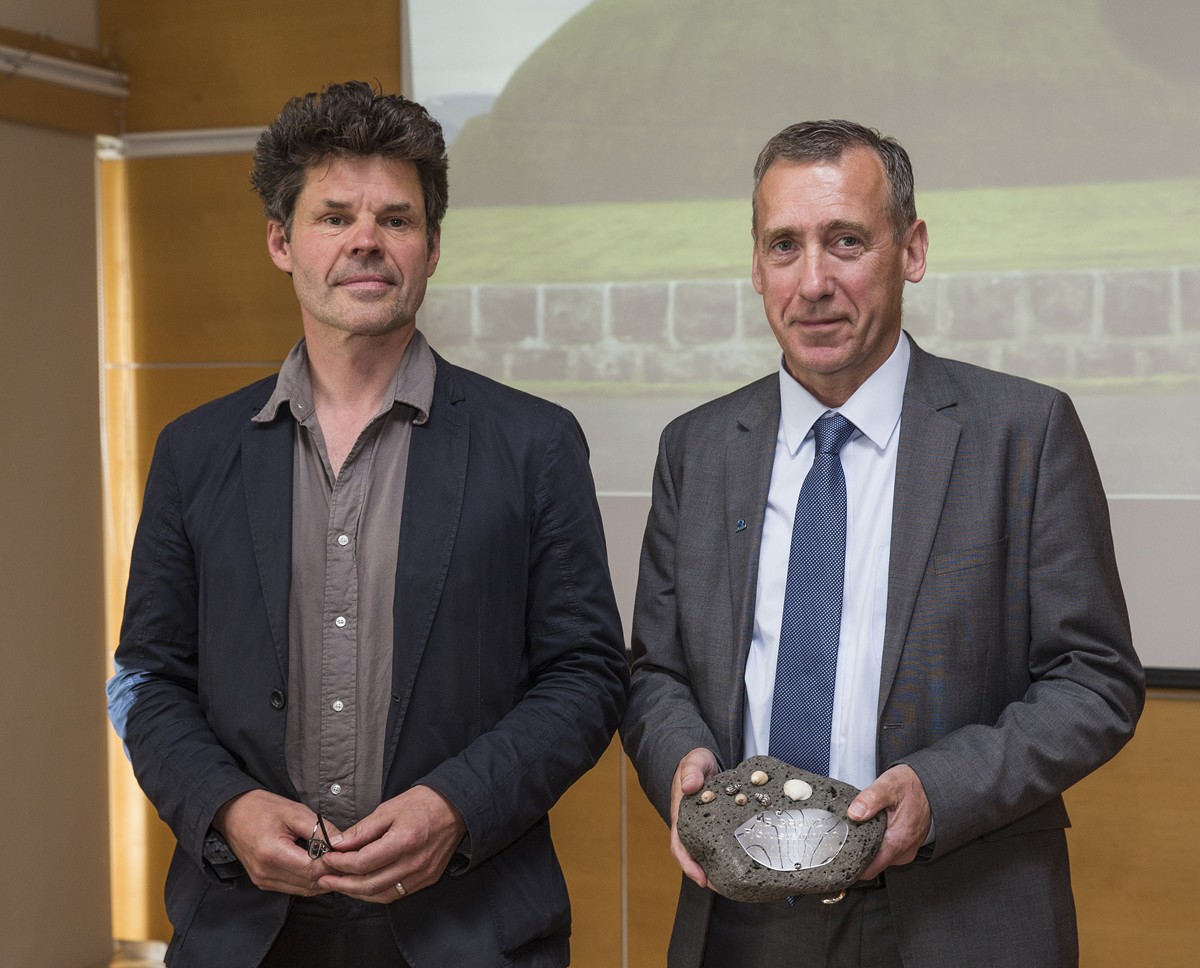 Hjálmar Sveinsson’s speech touched on HB Grandi being a leading company among those working towards ensuring sustainable use of marine resources. HB Grandi is also a member of Festa, the centre for corporate social responsibility, in which companies place strong emphasis on shouldering the responsibilities they have for their effects on the community and the environment.

‘Responsible companies are those that systematically organise their activities in such a way that they do not harm the community or the environment, and that have positive effects on the development of the community around them,’

Hjálmar Sveinsson said in his speech and commented specially that in 2012 preparations began for the construction of a cold store at Nordurgardur in Reykjavik. In connection with this enterprise, the decision had been taken in association with Associated Icelandic Ports to hold a competition for an outdoor artwork to be commissioned for the Nordurgardur location. The result of the competition was that Ólöf Nordal’s artwork, Þúfa, was the winner.

‘We can say that once this artwork had been completed, it became a landmark for the area around the old harbour of Reykjavík. HB Grandi is a worthy winner for the 2014 Associated Icelandic Ports environmental award,’ Hjálmar Sveinsson said.