BLUE WHITING IN INTERNATIONAL WATERS COMES TO A HALT

It appears that relatively little blue whiting has migrated northwards west of the British Isles outside the UK and Irish territorial limits this year. There was good fishing in international waters west of Ireland last week, but it seems that the fishing has dropped away and the Icelandic vessels fishing there had to work hard for their catches.

‘We took our first haul on Thursday last week and to start with, things didn’t look bad. Then the blue whiting disappeared overnight and the following days were spent searching for marks of blue whiting in amounts that we could fish on,’ said Lundey’s skipper Arnthór Hjörleifsson.

‘There wasn’t much to be found and we went as far south as 55°02’N. Then we searched northwards along the line until we gave up and steamed home,’ he said when we spoke to him with Lundey close to Reykjanes on its way to dock at Akranes. He commented that the catch for the trip is between 1100 and 1200 tonnes, and they have used 140,000 litres of fuel.

‘I don’t expect to see any blue whiting now until it shows up in the Faroese zone. The Icelandic boats that have been fishing have been in the same position as we were, and searched all the way east to the Faroese limits and saw some blue whiting just south of the line there,’ he said, adding that he expected to be alongside at Akranes late last night after stopping in Reykjavík for bunkers before heading on to land at Akranes where Faxi RE is now discharging blue whiting and Ingunn AK had already delivered a trip’s fish. 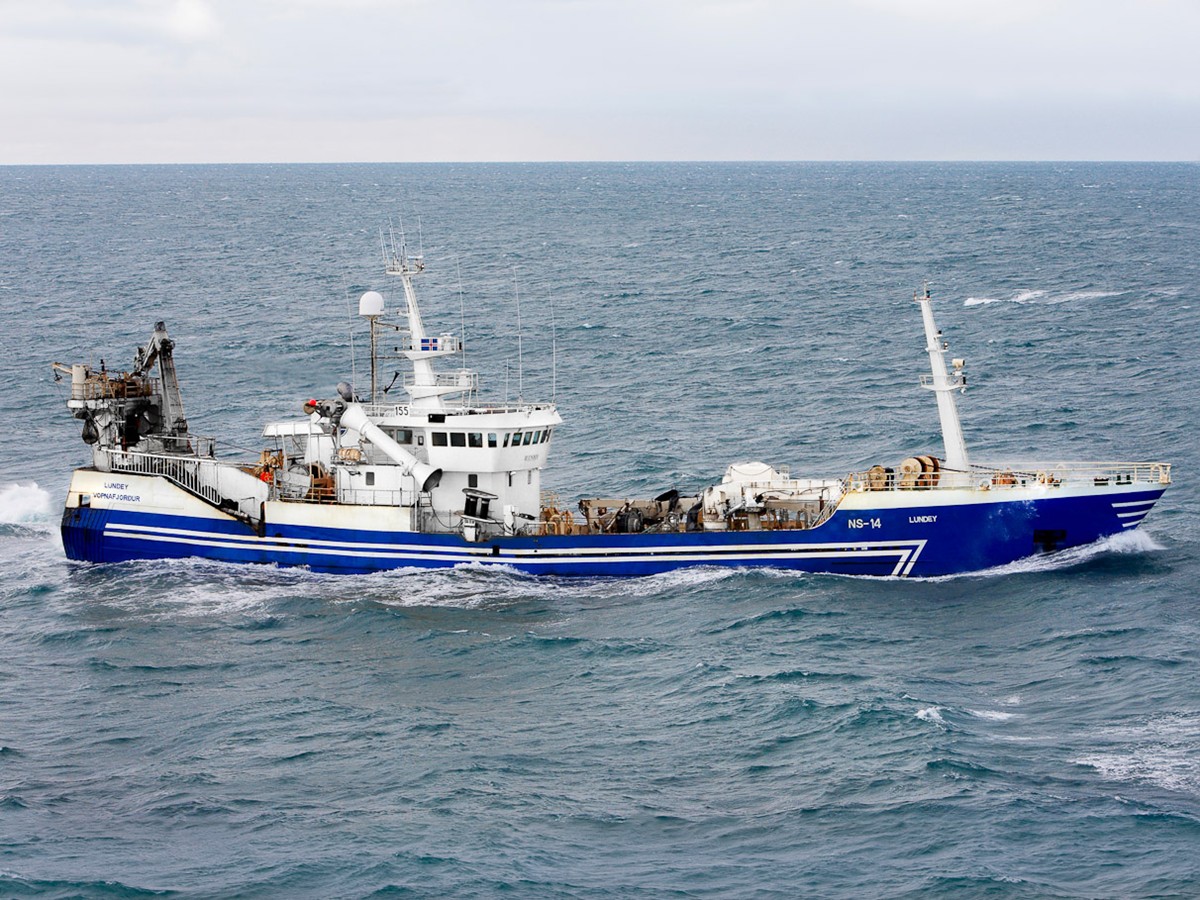