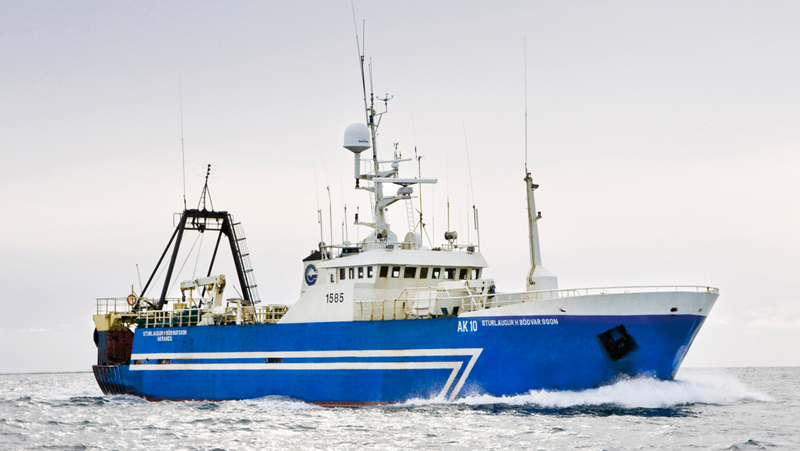 There has been some very good fishing in the last few weeks south and west of the Reykjanes Peninsula. The fishing is primarily golden redfish and cod, plus there has been a spell of good saithe fishing. There are trawlers and smaller boats fishing from the Westmann Islands all the way west to Reykjanes and according to Eiríkur Jónsson, skipper of HB Grandi’s fresher trawler Sturlaugur H Bödvarsson, there has been a steady period of heavy fishing over these last few weeks, reports www.megafishnet.com with reference to the company.

All of HB Grandi’s trawlers are now fishing south of Reykjanes, apart from Therney which is discharging in Reykjavík and Helga María which is on the slipway. Many other vessels are also fishing on the same grounds as as the HB Grandi fleet.

‘Nobody needs to chase cod all the way to the Westfjords these days as there’s plenty of large cod across the fishing grounds between the Westmann Islands and Reykjanes. We sailed on Monday and have been fishing on the Eldey Bank and the Mountains and now we’re on the Selvogur Bank. There has been heavy fishing on golden redfish and cod, but the saithe fishing is slowing down although this has been good for the last few weeks,,’ Eiríkur Jónsson said, commenting that the average cod weight they saw during Sturlaugur H Bödvarsson’s last trip was 4.50kg.

He said that weather was kind to fishermen last winter, making a change compared to the previous two or three winters.

‘We can say that there have been hardly any delays due to weather last winter, compared to the previous winter when we had to dodge bad weather all the time. We spent as much time dodging as fishing,’ he said.

Sturlaugur H Bödvarsson has a landing date booked for Friday, the same day that freezer trawler Höfrungur III is also due to be alongside for a half-landing, although it has not been at sea for long. Another of the company’s freezer trawlers, Örfirisey, was in before Easter for a half-landing and should have a respectable tonnage behind it by the time the trip comes to an end.