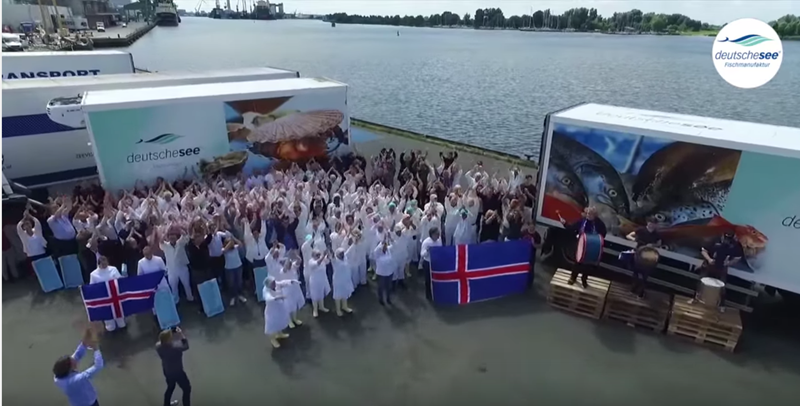 It is safe to say that the Icelandic men's national football team has inspired football fans around the world during the European Championships this summer. The Icelandic supporters have also received a lot of attention and have become renowned for their iconic, so called Viking chant, "Huh!". Several others have had a go, just as the French team did after they ensured their place in the final.

HB Grandi's partners have also done their bit and HB Grandi received the charming video below from Germany's Deutsche See.