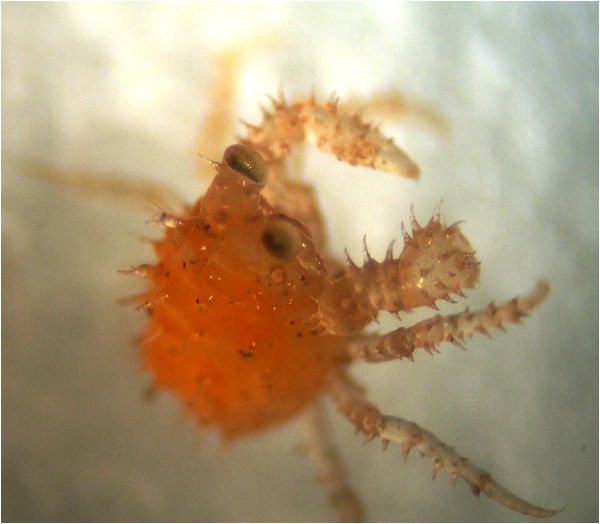 Research conducted last year by Chris Long, Robert Foy, and colleagues in Kodiak shows that red king crab larvae experience high mortality in acidic conditions. After only 100 days at pH 7.5 (a pH level frequently observed today in Pacific Northwest marine waters), red king crab larvae experienced 100% mortality. Unlike Pacific oyster larvae, which struggle to calcify and grow their shells in acidic waters, red king crab larvae maintain calcification rates, but the high level of energy required to do so appears to induce mortality. Foy predicts that once the pH of Alaskan surface water reaches 7.8 (projected to happen within 30 years), there will be 20-30 years before total recruitment failure. (The Seattle Times reported on this research in “Lucrative crab industry in danger.”)

These figures are daunting, but the industry may be able to use targeted research to help develop adaptation strategies, as West Coast shellfish hatcheries did after suffering massive losses due to ocean acidification. We now have the opportunity to observe the effects of decreased pH on crab larvae in an un-manipulated, industry setting, and see whether the results Long and Foy observed in the lab are currently manifesting in Alaskan waters. Global Ocean Health is coordinating an effort to enlist the hatchery staff and research experts to design and build an automatic buffering system that could control carbonate chemistry during spawning. This would create a system that could provide a viable source of young crab as surface waters become more acidic, much like the systems used in West Coast hatcheries to protect vulnerable oyster larvae. Jeff Hetrick, director of the Alutiiq Pride hatchery, says, “If we can change the chemistry and have some quantitative impact on the crab, then we have a huge tool.”

Industry support was crucial for getting this monitoring program off the ground. When Governor Parnell did not approve funding initially, Mark Gleason, Executive Director of Alaska Bering Sea Crabbers, reached out to his contacts in the governor’s office and wrote several letters to the administration. Global Ocean Health helped strengthen Gleason’s case by providing current research findings and talking points, and ultimately Governor Parnell allocated the necessary funds. “Monitoring lets us see what is happening in real time, not what will happen in the future,” says Gleason. “Bringing real-time information to stakeholders and policymakers is really important. You can’t make good resource management decisions without good data.”

Alexis Valauri-Orton writes, researches, and does outreach for Global Ocean Health and is the newest member of the team. Awarded a Watson Fellowship after graduating from Davidson College in Biology (Environmental Studies), she spent a year traveling to fishing villages on four continents to teach and learn about ocean acidification. Read her story. Alexis has also worked with the Suquamish Nation and will work this summer with Ocean Conservancy.