Fisheries and aquaculture: Sister activities with a common goal

CONAPESCA Director: Aquaculture must be recognized, or its development will be slowed 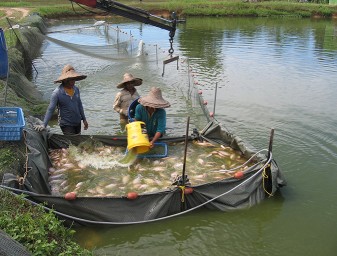 Aquaculture is the fastest-growing food-producing sector in the world. During the past year, aquaculture provided more than half of the seafood utilized for human consumption worldwide, and is currently one of the global strategies that will assure food security for the more than 9 billion people that will inhabit our planet by 2050, reports www.megafishnet.com with reference to Global Aquaculture.

To meet the food demands of a growing human population, aquaculture production needs to increase by more than 46 million metric tons (MMT) in the next 15 years, a very significant gap. Projections indicate that aquaculture production will grow from around 47 MMT in 2006 to over 93 MMT by 2030. In the same period, the production from capture fisheries is projected to decline from around 64 MMT to some 58 MMT. Despite these impressive facts and expectations, the aquaculture industry is still considered by many to still be fisheries’ little sister.

Fishing is one of the noblest activities in the world, one that provides honest work and food to many people around the globe. Fisheries employ around 39.4 million people worldwide, more than double the number of those that make a living in the aquaculture industry (18.9 million), and together through their entire value chains, both industries provide a way of living to more than 200 million people globally.

As an aquaculture expert, in recent years I have had the opportunity to share many experiences with small scale and industrial fishermen. I have been able to feel their concern about climate fluctuations and how everything is changing for them. They are right, as their activities are extremely vulnerable and often the least to be considered.

There is also something else that is harsh but true: The wild-capture fisheries industry is not going to increase its production volume anymore. Many natural stocks have been for years and continue to be exploited at or close to their maximum level, while a significant number of aquatic species populations are being overexploited. Some environmental groups have found an easy target and continuously push to reduce fishing areas and restrict fishing gear and technology, sometimes with some justification, other times without any.

I find it very interesting that two activities with so different dynamics can be managed together. The fisheries industry generally wants to maintain the status quo, while the aquaculture industry wants change. Fisheries want to maintain their production at their actual levels, but aquaculture wants to grow its yields as much as possible. Fisheries are the last major hunting activity remaining, while aquaculture is the last livestock activity yet to be industrialized. But one thing is for sure: Both industries will endure and both will continue producing the best quality protein available in the world.

We need to include in our planning the creation of well-remunerated jobs that will encourage progress, that will increase the standard of living and where fisheries and aquaculture activities of any type and size harmonize and support each other.

The perception of many people is that aquaculture development is being hindered by fisheries, especially when both activities have to share common public budgets. In general, budgets are more assigned towards fisheries as this appears to involve more people, and because in the past fisheries represented a much higher volume and value than aquaculture. In many places, resource allocation at various involved agencies is shifting slowly, but it is a fact that although today things have changed and aquaculture increasingly produces the largest volume and the highest value, it is still considered a small branch of fisheries. This perception could not be more mistaken. 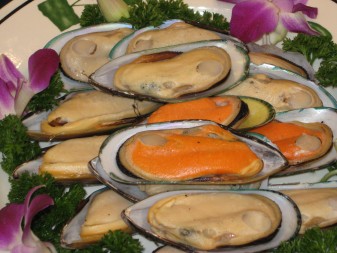 Aquaculture needs to be recognized, or its development is going to be much slower than possible. There is still a significant need to improve research and training. Many species still need to be evaluated for their aquaculture potential, and many production technologies still need to be perfected; aquaculture is a couple of centuries behind compared to other livestock sciences.

The first and utmost step is to increase its funding and spread the word. People need to understand that the future is “full of aquaculture.” That aquaculture is not just producing fish; it is producing the feed for the fish, and producing the feed for all livestock! Plant and algae aquaculture is where a significant portion of the real food security is based. Aquaculture today is just the tip of the iceberg; it is just a small proportion of what it is going to be in the future. The rate of change will be defined by the amount of resources that are destined to support the activity. The problem in many cases is that the people in charge of regulation and management are so involved with fisheries problems that they just cannot see it. So if you ask me if aquaculture and fisheries should be managed by the same people, I will reply that it will depend on how much those people are interested in change. Because aquaculture is change.

Aquaculture has many advantages compared to fisheries regarding global markets. Aquaculture can produce more, steady, predictable amounts of products, with desirable sizes and quality. It is affected by diseases, but outbreaks will be more sporadic as a better understanding of carrying capacities and aquatic health management is gained. Seafood processors (and markets) look at aquaculture more and more, as it allows them to increase the standardization of their production processes and also increase mechanization. Aquaculture makes processing and marketing more reliable and easier to industrialize in general. Although there are some fisheries species that because of their large numbers can also offer similar attributes, they can often fail; for example, the recent extremely low production of sardines in the Eastern Pacific region. 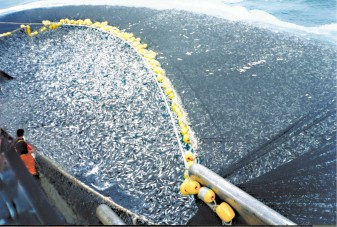 Fisheries will always have the magic of “the catch of the day.” Many people, including myself, are always curious about what was caught that day and brought to the local market, and what may be served for dinner. Aquaculture and some wild-caught fisheries species will continue producing significant amounts of seafood that will be widely distributed around the globe, while artisanal fishermen will continue to focus on the local markets, finding ways to make their products more appealing to the local household that wants something ready to cook and serve, including novel and value-added products.

Artisanal fisheries have the biggest challenge of the entire sub-sector. They are the most vulnerable, produce relatively low volumes and non-standardized products, and have limited to no lobbying power at the regional and national levels. For decades there have been unsuccessful attempts to transform these fishermen into aquaculturists, and most of these efforts have not succeeded. We must think in the long run and focus on and support the next generation, which will likely see aquaculture in a different light and as the key to progress.

The same, but different

The reality is that aquaculture and fisheries must co-exist, continue to share dialogue and be mutually supportive, as both activities interact in so many ways and cannot avoid each other. They share spaces, resources, technologies, markets and people. I have expressed on many occasions the need for Integral Management Plans, where fisheries and aquaculture are considered at the same level as well as all other activities and stakeholders. We need to include in our planning the creation of well-remunerated jobs that will encourage progress, that will increase the standard of living and where fisheries and aquaculture activities of any type and size harmonize and support each other. As a great Thai friend used to tell me: “After all, we are the same, but different.”